This September, a legal dispute has come to an end between the comic giant DC Comics and Mark Towle, a California-based mechanic who specialises in building replicas of cars for movies and television. The verdict has been confirmed by the United States Court of Appeal for the Ninth Circuit that recognized DC Comics’ copyright protection for the Batmobile - the car used by Batman to fight crime. The trial began in May 2011, after Towle built a replica of the Batmobile as it appeared in both the 1966 television show and the 1989 motion picture. Following that event, the publishing house claimed its rights upon Towle’s Batmobile. More specifically, the prosecution filed the lawsuit on the grounds of trademark and copyright violation and unfair competition. Of these three claims, only two were granted by the court. Copyright-wise, the Batmobile of both productions appeared to be protected based on DC’s ownership of the merchandising rights. On the other hand, for the trademark violation, Towle admitted that he had known about DC Comics’ rights to the car and that he ‘intentionally copied the designs’. On top of that, it was recognised as the Batmobile, even though the design had been modified over time, and it was agreed that a sufficiently distinctive character subsisted nonetheless.

Batmobile as appeared in the 1989 movie 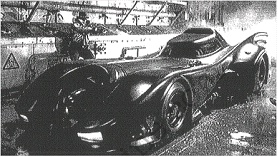 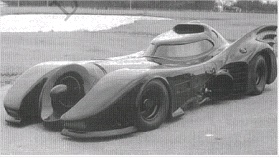 Cookies are small pieces of data that help us provide our services.

By continuing to browse, you accept the use of cookies.