A bitter verdict for the king of sweets Haribo

A bitter verdict for the king of sweets Haribo Despite almost 100 years of gummy bears (“Goldbären”) production, the German company Haribo has suffered a setback in the second appeal of a trial started in 2012. It began in 2011 when the Swiss company Lindt & Sprüngli launched “Goldbär”, a line of chocolate teddy bears wrapped in golden foil, with a ribbon wrapped around the neck. The following year Haribo brought a lawsuit against Lindt & Sprüngli on the grounds of the likelihood of confusion between the two products, namely the similar shape and the similarity of the Lindt wrapping – gold with red ribbon around the neck – with the figurative trademark used on every gummy bear pack. 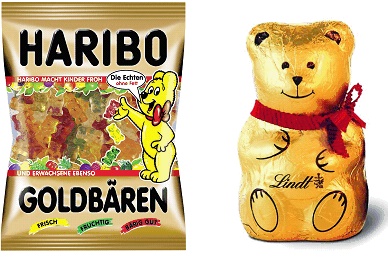 However, during the last appeal, the German Federal Court of Justice ruled an opposing verdict as no significant similarity would lead to confusion between the two products. In regards of this final decision, this is what Haribo spokesman said: “We regret the verdict of the federal supreme court and consider that its content is not correct. In our opinion Lindt is using our brand awareness and our investment in the Goldbären brand in order to strengthen the perception of its own product among consumers.” 09/28/2015 | Trade Mark

Cookies are small pieces of data that help us provide our services.

By continuing to browse, you accept the use of cookies.